Home » 5 Dangerous Thinking Traps That Pull Us to the Very Bottom
July 8, 2020

13 Scenes From Famous Movies That Hide Spoilers of a Story

Literate references and hidden details in the cinema are the guarantees that the film will be discussed for many years after the release. Sometimes, if you look very carefully, you can even predict the further development of the plot.

We compiled a list of details, that will help you guess the upcoming plot twists.

At the beginning of the story, Jake, Grace, and Norm find the Lorax book. This is a story for children about the nature of the greed of industrial corporations. If you know this, you can immediately understand what the film will be about. This book also appears in the photograph that Grace shows, recalling his teaching at school. 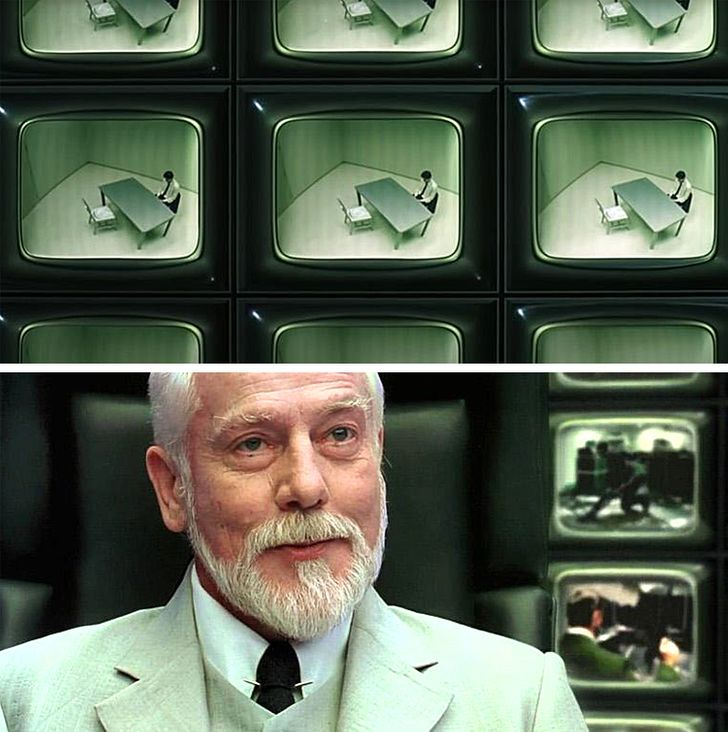 The scene of the interrogation of Neo in the 1st part of the Matrix trilogy is shown on a large number of screens. You might think that they are located in the usual security room of the office building where Neo worked. But in the next part of the picture we see the Architect – the creator of the Matrix, who stands in this very room. That is, this is his room and he watched Neo from the very beginning of the whole story.

In the movie Thor: Ragnarok, the hero finds a cracked mural. A crack passes through Thor’s right eye. Further on the plot in one of the battles he will receive exactly the same wound and lose his eye.

The picture has an opening music scene. It is perceived as an application of the genre, as a signal: “Dear viewer, get ready for the fact that now you will see the musical.” But if you listen carefully to the words, you can understand that the song remotely retells the plot of the tape and even its ending.

In the pictures of director David Fincher, all the details matter. This applies to the thriller “Seven”. The apartment number of the hero of Brad Pitt is 5A, and when detectives write mortal sins on the board, anger (Wrath) is just under this number. If you notice this in time, it becomes clear that the maniac has prepared some kind of punishment for David Mills. The same coincidences await the viewers if they try to compare the apartment numbers of the remaining sinners with the list.

In the movie, a postal worker tells the protagonist: “Can’t have a rainbow without a little rain.” This not only predicts the further development of the plot, but will literally be shown in the frame. When things really go wrong, it will rain, and when the character gets out of prison, a rainbow will appear.

In the picture “Parasite“, Mr. Park was asked a question about a housekeeper, and he replied: “She always ate enough for two.” This is the key to understanding what is happening in the basement of this house. She did not eat double portions herself, but carried them to her husband.

Shortly before a car accident, Dr. Strange looks at his watch. The date on them is February 2, Groundhog Day. This means that the hero will also fall into a temporary loop, like the character of the film of the same name.

Dr. Schulz always kept all his papers in his breast pocket. However, towards the end of the film, when he received Brunnhilde’s documents, he put them in the back pocket of his trousers. It seems that he already intended to kill Candy and did not rule out that he would get a bullet in the chest, as it happened.

The movie “The Gentlemen” begins with the scene when the character of McConaughey is sitting in a bar, and a killer with a pistol with a silencer comes up behind. A shot is heard, but we are not shown what happened. However, the sound was loud, therefore, it was not the killer who made it. Only closer to the end of the tape does the viewer know exactly who is shooting.

In a conversation with the character played by DiCaprio, the patient drinks from an invisible glass, however, it becomes visible when she puts it empty. This can be considered a mistake, but who will remove this and not pay attention? Certainly not Martin Scorsese. This and many other details in the course of the film show us the psychological problems of the character (fear of water) and give an unambiguous interpretation of the ending of the story.

Back to the Future

In the first minute of the film “Back to the Future” we are shown a watch with a person hanging on the hands. Professor Emmett Brown later finds himself in the same situation in one of the scenes.

At the very beginning of the picture, when Arthur Fleck puts on makeup, the reflection of the interior and the lamps in the mirror resembles Batman.